Games Analyzed
Fortnite
More Game Analysis
Fall Guys is Devolver Digital's Biggest Launch Ever with Over 100k Players on Steam
League of Legends Worlds 2019 Breaks the All-Time Peak Concurrent Viewer Count Record on Twitch
Fortnite's Season X Black Hole Finale Breaks Twitch's All-Time Peak Concurrent Viewer Record
Fortnite’s World Cup was the Most Watched Esports Event Ever on Twitch
Fortnite’s Celebrity Pro-Am Saw a 72% Decline in Viewership Compared to Last Year’s Event on Twitch
Battlefield V is Already Outside Twitch’s Top 10 Most Watched Games Just 48 Hours After Launching its New Firestorm BR Mode
February Was the First Month Fortnite BR Wasn’t Twitch’s Most Watched Game
Apex Legends is the First Game to Top Fortnite 10 Days in a Row on Twitch
League of Legends' Worlds 2018 was the Most Watched Esports Event in the Game's History
Call of Duty: Black Ops 4 Has Not Had Any Impact on PUBG’s Player Base on Steam

Fortnite’s Colossal Monster vs. Mech Battle Was One of the Game’s Least Watched Events on Twitch

Despite In-Game Events Getting Bigger and Bigger, Fortnite is Struggling to Retain Viewers’ Interest 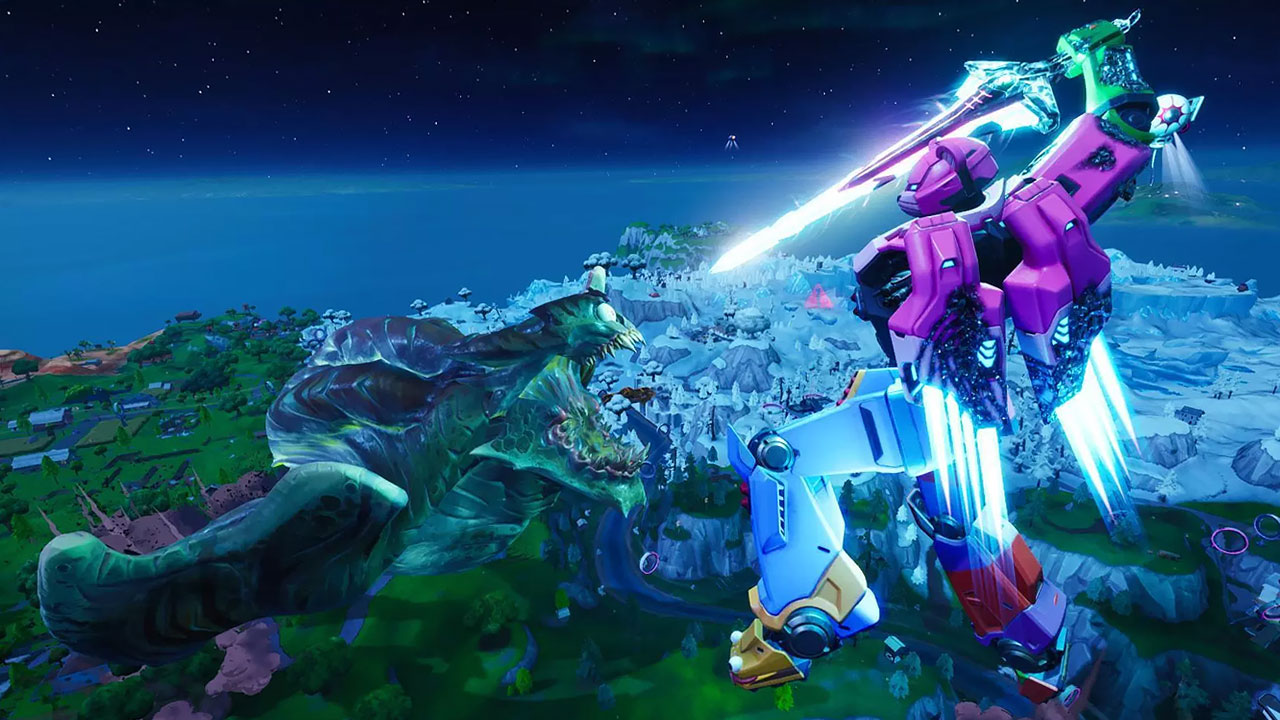 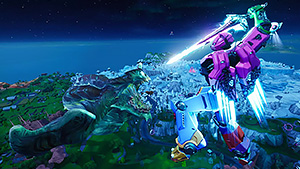 As spectators watched the two giants fight over key locations on the map, the one-time event ended with the mech driving a sword through the beast’s head in heroic fashion reminiscent of Voltron, Power Rangers, and Pacific Rim.

But despite being one of the biggest and most impressive in-game events Epic has ever done in Fortnite, interest among viewers didn’t reflect the same amount of hype as prior newsworthy in-game moments.

With Fortnite’s popularity on the decline over the past year, viewer counts were actually six times higher than normal on Saturday; however, even with 606k concurrent viewers, the big Season 9 finale failed to rank in Fortnite’s top 10 highest viewed moments on Twitch.

Fortnite still remains as one of Twitch’s most watched games; yet, impressive big events like these don’t seem to be helping the game grow and stay on top.

As we reported last month, this summer’s Celebrity Pro-Am saw an even bigger decline in popularity with a massive 72% drop in viewers compared to last year’s record-breaking 1.5 million viewer stream.

All of this has been leading to the finals for Fortnite’s first-ever World Cup this weekend – which should be the game’s most watched event of the year. But with popular streamers like Ninja and Nickmercs failing to qualify, Epic is being forced to put on another Celebrity Pro-Am in hopes of keeping all eyes on their game this summer.