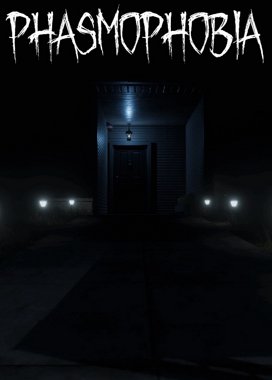 Games Analyzed
Phasmophobia
Fall Guys: Ultimate Knock...
Among Us
More Game Analysis
Among Us Becomes the #8 Most Played Game Ever on Steam with 300k Players
Fall Guys is Devolver Digital's Biggest Launch Ever with Over 100k Players on Steam

With theme parks and haunted houses closed this Halloween, horror games are the next best thing.

Over the summer, we saw the meteoric rise of indie games like Fall Guys and Among Us while gamers searched for new ways to socialize during the Covid-19 lockdown.

During its second weekend on Steam, Phasmophobia‘s player counts peaked at 61k concurrent players – placing the game as high as #6 on Steam’s list of most played games. And in its third weekend, the game saw a new peak of 86k concurrent players that placed it at #5 on Steam.

Although Phasmophobia doesn’t require VR to play on PC, such high player counts for a game with a VR-focus is extremely rare on Steam. And despite its janky mechanics and numerous bugs, players seem to be loving the PT-esque experience with Overwhelmingly Positive reviews from 13k owners who paid $13.99 for Early Access.

Similar to Fall Guys and Among Us, another huge factor in Phasmophobia’s success has been its popularity on streaming platforms like Twitch and YouTube. Over the weekend, Phasmophobia easily topped other popular new releases like Crash Bandicoot 4 and Star Wars: Squadrons, hitting #1 on Twitch with a peak of 247k concurrent viewers.

But what’s most impressive is that the new ghost-hunting game’s developer, Kinetic Games, consists of only a single developer – something that probably won’t last long now that the scary game is a huge success.

Games Analyzed
Phasmophobia
Fall Guys: Ultimate Knockout
Among Us
More Game Analysis
Among Us Becomes the #8 Most Played Game Ever on Steam with 300k Players
Fall Guys is Devolver Digital's Biggest Launch Ever with Over 100k Players on Steam
Show Comments